This versatile module includes both an advanced NVIDIA Ampere architecture GPU and WOLF’s Frame Grabber eXtreme (FGX2). This board accepts multiple simultaneous inputs, including SDI, CVBS, RGsB, and stereo audio. The captured inputs can be routed to the high-performance NVIDIA RTX™ A2000 for processing and be output in several formats, including SDI, DisplayPort, HDMI, and others on request.

The NVIDIA Ampere architecture has introduced many significant improvements to the performance and efficiency of the GPU, with more flexible CUDA FP32/INT core use, more efficient third generation Tensor cores, and second generation RT cores. The Ampere GPU fabrication uses an 8nm manufacturing processing providing significant power improvements which, along with other Ampere architecture improvements, can provide up to 144 GFLOPS/W, providing almost three times the performance per slot compared to the Pascal generation’s 51 GFLOPS/W.

The WOLF Frame Grabber eXtreme (FGX2) provides the board with data conversion from one standard to another, with a wide array of video input and output options for both cutting-edge digital I/O and legacy analog I/O. The FGX2 supports NVIDIA GPUDirect which allows direct access to the GPU memory for processing and analysis.

WOLF’s advanced cooling technology is designed to move heat using a low weight, high efficiency path to move heat away from the GPU. 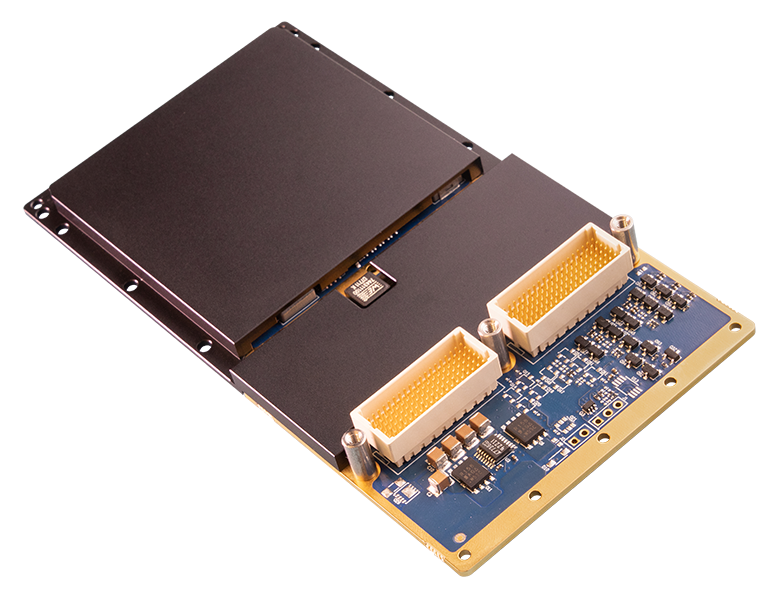 This product is currently undergoing development and/or verification by the WOLF engineering team.
Contact WOLF for the latest update on product availabilty or to discuss your MCOTS requirements.