WOLF’s VPX3U-E9171-SDI-4IO module uses both an AMD GPU and a WOLF Frame Grabber eXtreme (FGX). This module accepts up to four simultaneous 3G-SDI inputs and analog inputs. The video data can be routed to the GPU for processing or encoding, and then output in several formats, including up to four 3G-SDI, analog, and DisplayPort 1.4, HDMI 2.0b or DVI.

The AMD GPU’s 14nm Polaris architecture can provide 1.25 TFLOPS of single-precision GPGPU parallel processing capability. AMD GPUs are optimized for OpenCL, the open and cross-platform programming standard. For those with existing CUDA code, AMD’s HIP Tools can be used to port CUDA code to C++, giving developers a way to reuse code that was previously locked to a proprietary hardware.

WOLF’s Frame Grabber eXtreme (FGX) connects digital and analog interfaces for video capture, process, encode and display functions. It also acts as a means to convert the GPU output directly to a digital or analog format such as SDI or CVBS. The device is very configurable and can be modified to meet your exact input / output requirements.

Windows and Linux drivers are available for this module. Optional RTOS drivers are also available, including VxWorks, Integrity, LynxOS, and others on request. 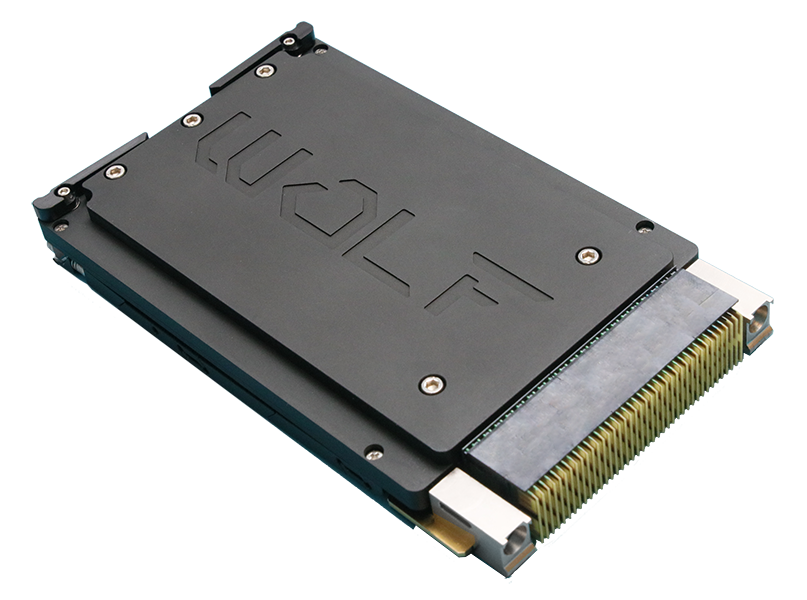 This product is reaching end of life. If this product is of interest to you
please contact WOLF to discuss new products which will meet your requirements.