VPX and MXC: A COTS Solution for Every Problem

VPX and MXC: A COTS Solution for Every Problem

The VPX architecture is designed around the concept of a “system-in-a-chassis” topology. Each card performs a single function that adds to an overall system, connected through a backplane. In that model, too much functionality on any single card would quickly saturate the available bandwidth.

However, advancements in bandwidth speed and inter-connectors have greatly increased the data transfer rates between discrete cards. For instance, a 16-lane PCIe link using the ubiquitous v2.x serial fabric is capable of transmitting eight gigabytes of data per second, and the newer v3.0 can attain transfer rates of sixteen gigabytes per second.

WOLF has developed a compact, flexible, and efficient approach to assembling 3U and 6U VPX cards. By shifting the “functional unit” to smaller “sub-card” form-factors, individual features can be chosen (and combined) within a 3U or 6U card, while providing a standard COTS interface for a host VPX processor card.

Previously, this degree of custom feature-sets could only be achieved with complete new custom boards, which involves costly schematic, layout, and design work, pushing your project behind schedule and over budget. The WOLF modular approach removes that cost and schedule delay by providing  customized features in a true COTS model.

The WOLF modular approach moves the traditional “system-in-a-chassis” topology toward a bona fide “system-on-a-board” topology, where the features and functionality can be selected by the system integrator, and targeted at a specified end-user application.

Historically, most “system-on-a-board” designs were custom layouts with a pre-determined set of features. Now, you can have any features you want, without compromising the VPX COTS standardization of the system.

By determining which “features” you want, you can pick and choose just the modules you need, and plug only them into your 3U or 6U VPX system. This will allow you to most efficiently utilize your available bandwidth and enclosure space.

You can leverage a variety of COTS “feature” modules for video graphics, parallel processing, frame capture, data compression, and many more, on a single COTS VPX card. 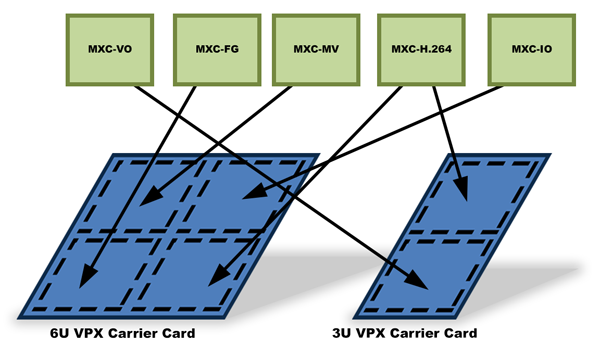 The means by which WOLF accomplishes this extreme modularity is the Modular eXpansion Cards (MXC) form factor.

The most fundamental characteristic of the MXC form factor is size. MXC is small enough to fit two modules on a 3U card, and four modules on a 6U
card. This isn’t simply a matter of outer dimensions, since at 85x70 mm (for a Type-A MXC card) it would appear to be similar size as a Type-A MXM 3.0 card. The difference is the connector arrangement — the few extra millimeters required by the MXM card edge connector makes it impossible to fit two on a 3U card (or four on a 6U card).

The next obvious characteristic of the MXC form factor is the sheer number of pins: 500. Unlike XMC, the pin arrangement is specifically geared for graphics and video applications. Banks of signals are available for digital/analog video input and output channels, and can be configured for RS170, RGBHV, DisplayPort, DVI, TMDS, LVDS, and SMPTE (SD-SDI to 3G-SDI) video formats.

Ultimately, the quality of the connector drastically affects the achievable signaling speeds. Video signals currently may need to travel at over 5 Gbps, and it is  expected that speeds will continue to increase with future generations of PCIe. Because the MXC card uses a Samtec Searay connector (visible in Figure 2), it can handle up to 10-Gbps signaling, providing headroom for today’s speeds and extending the useful lifetime of the card as signaling speeds increase in the future.

Depending on the combination of modules used, video output data can be simultaneously compressed, encrypted and delivered through PCIe, USB 3.0, or Ethernet 10/100/1000/10G connections.

On 3U VPX/MXC carrier boards, 32 switched PCIe lanes communicate between the two MXC modules, enabling them to DMA to each other or communicate with the backplane, allowing you to create high-performance multi-board system solutions. Four modules on a 6U card can work together on a sophisticated display algorithm using the bandwidth of 96 switched PCIe lanes. This PCIe interconnect provides a high-speed, efficient, standard way of moving data at 80 Gbps for 3U VPX/MXC carriers and 160 Gbps for 6U VPX/MXC carriers. 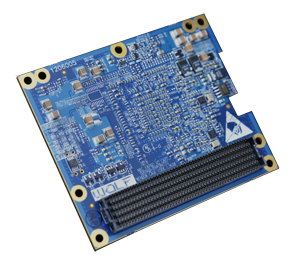 Video and Graphics Solutions for Every Need

The range of applications for video and graphics processing in the military, industrial, medical and aerospace arena are broad and deep. There are many different ways that video and graphics technology can be employed, and the requirements for many projects can be very complex.

As a result, a plethora of video and graphics products have appeared on the COTS market. WOLF has contributed several innovative and cost effective solutions to this panorama, including the H.264 video compression solution that supports AES encryption and 3G-SDI (1080p60) video with very-low latency in a low-cost VPX solution.

Without WOLF’s COTS modular VPX architecture, system integrators have to scour available video and graphics solutions to find the best fit for their specific application. This is frequently very timeconsuming; often the exact requirements cannot be met in a single product and compromises will need to be made in order to fit a “COTS” product into the system solution. In other cases, multiple COTS cards may have been required simply because of the variety of features demanded in an application, resulting in redundant or unused features needlessly consuming power.

WOLF has pioneered this breakthrough approach to video and graphics processing by designing modules that can be combined into standard Eurocard form-factors like VPX, VME and CompactPCI to provide the precise set of features and functionality required. WOLF has designed a range of modules using the MXC architecture that can be combined to make the ideal feature combination for a given solution while still functioning as a standard COTS VPX product. 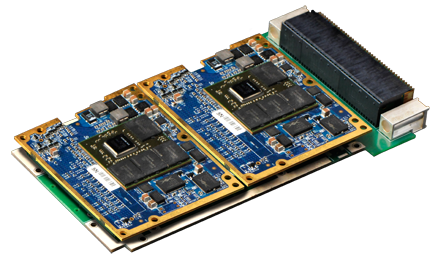 Figure 3: 3U VPX with two MXC Modules (heatplate and wedgelocks not shown)

Putting it all Together

With two MXC modules, any of the following standard 3U VPX COTS examples can be realized using the available video and graphics processing modules:

In a 6U VPX form factor, even more options can be supplied.

Many other combinations are also possible and, as more modules are developed, the available features will continue to expand. Functionality is not lost when new modules are added, but rather can be retained and enhanced by new module development – that is The WOLF Advantage.

Leverage the power of modular processing to assemble off-the-shelf standard COTS VPX products specifically suited to your needs, or engage us to design custom MXC modules that you can leverage to your advantage.

Gone are the days of needing to compromise because the feature set is not quite right, or adding multiple board solutions which unnecessarily increase the power, weight, and cost. The true benefit of the VPX architecture is unlocked by the modular approach and standards based architecture employed by WOLF.